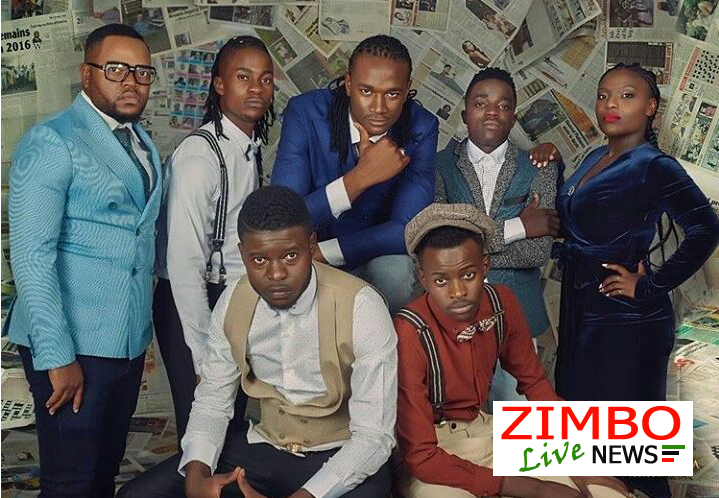 Andy Muridzo  Breaks His Silence On Jah Prayzah I Tried To Talk To Him Like A Man He Ignored Me.

Andy Muridzo  Breaks His Silence On Jah Prayzah I Tried To Talk To Him Like A Man He Ignored Me
Controversial yet talented musician, Andy Muridzo has blamed his mentor and uncle Jah Prayzah’s management for being behind the now seemingly acrimonious relationship between the two.

Muridzo who dumped Jah Prayzah at Military Touch Movement (MTM) after irreconcilable differences and ‘sabotage’ says he gave up on the “Mukwasha” singer after efforts to mend their relationship proved futile.

Muridzo also described Jah Prayzah as a gluttonous and selfish leader, who, during the MTM era, wanted to grab everything and was after nurturing his career at the expense of other artistes who were in the now defunct stable.

“At MTM the tall guy (Jah Prayzah) took everything. He took all the collaborations in a bid to better himself alone. What are we supposed to do as your people and your children if you take everything,” said Muridzo in an interview that sparked controversy in the showbiz circles.

In his recent interview on Star FM radio station, Muridzo said Jah Prayzah’s management led by Keen Mushapaidze and another member known as Simba were bad forces around Jah Prayzah.
“I don’t have bad blood with him (Jah Prayzah). It’s his brand that I am fighting with not him as a person, he is a good person.

“I am in bad books with his team because Jah Prayzah’s ideas and plans that he had with me were changed by someone because you can’t fly someone (Harmonise) from Tanzania so that he can do a collaboration with me and then suddenly you change and say that you are the one to do the collaboration. That alone shows that there is a force behind that changed Jah Prayzah mind,” he said.

Muridzo described Mushapaidze as ‘dump’ following the latter’s assertions that he was never signed under the MTM stable.

“He (Mushapaidze) said I didn’t sign any contract with MTM but when I wanted to leave, I wrote to them and they responded, acknowledging and accepting my request to terminate my contract.

“So if I never signed anything with them then why would they respond and accept something which is not there. What Keen did was dumb, he showed the whole country how dumb he is,” said Muridzo.

Although the two singers, who both hail from Uzumba in Murehwa, have done two collaborations, “Pamuchato” and “Emma” in the previous years, sources close to both camps believe the two would usually pen songs mocking each other.