DYONNE Tafirenyika, the estranged wife of rapper Desmond Chideme, claims she was assaulted for more than half-an-hour by the artiste in an ugly moment of rage in Harare in April.

She made the claims when the rapper’s trial got underway in the capital yesterday.

Chideme, who is accused of assaulting the mother of his daughter, appeared before Harare magistrate, Evelyn Mashavirakure, and pleaded not guilty to the physical abuse charges.

The State, represented by Dzidzai Jonasi, opened its case by leading evidence from Tafirenyika, their star witness.

She told the court the couple had been married for over six years and they had a strained relationship for about three months.

“We attended his show on April 10 and, at a certain time, I stood up and went to the bathroom, and that was the second time I was going to the bathroom.

Tafirenyika told the court that the assault went on for over 30 minutes non-stop.

The State applied to tender a medical affidavit that was purportedly obtained by Tafirenyika when she was examined by a doctor at Sally Mugabe Central Hospital.

At that juncture, Stunner’s lawyer, Dumisani Mthombeni, raised an objection.

While the objection was overruled, Mthombeni submitted they would have preferred to have the affidavit submitted through the author, the doctor, as he would then answer any questions, regarding the affidavit, which they believe was doctored.

In cross examination, Mthombeni raised the contradictions in her evidence in chief, as well as in the statement submitted to the police.

Stunner said his estranged wife was determined to destroy him. 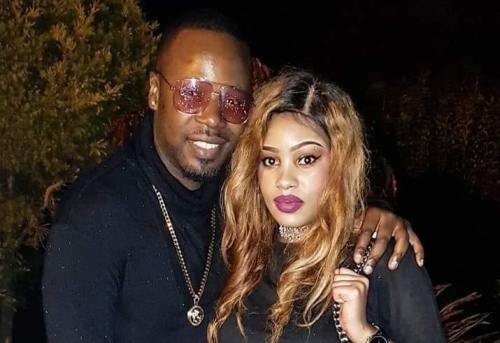 He denied ever assaulting his wife in the manner alleged, or at all, and told the court they had a misunderstanding after they couldn’t see each other after his performance.

He told the court that, after a while, another argument ensued between the two with Stunner demanding to know who his wife was texting at that time of the night.

He told the court when she refused to tell him the truth, he suspected she was cheating on him.

Stunner said he told her he wanted her out of his house and she drove off.

He told the court he was surprised when he was arrested the next day, accused of assaulting Tafirenyika, whom he claims has a sinister agenda to get him convicted at all costs.

He told the court she was determined to destroy him after realising he no longer wanted her as his wife due to recurring alleged infidelity issues and her violent nature.

She once stabbed the accused while he was asleep, it is alleged.

Meanwhile, a member of Stunner’s management team, Donnel Dawson, also appeared before the same court accused of assaulting his wife at their Avondale home.

Dawson pleaded guilty to the charges and the court was informed that the complainant intends to withdraw the charges.

Dawson will be back in court tomorrow.

He was released on free bail.