Mudiwa Offers $100 To Fans Who Can Identify Stunner 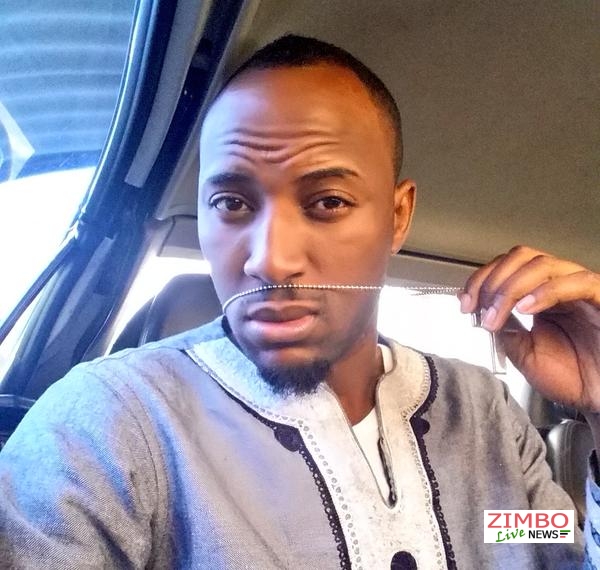 Mudiwa has hit back at Stunner again and he is not letting go of this beef. Mudiwa just posted a photo on his Instagram Offering the last fan to identify a fan next to him $100 bond. In the photo the person being refered to as a fan is non other than the pioneer of Zim Hip Hop Stunner.

See the image below: 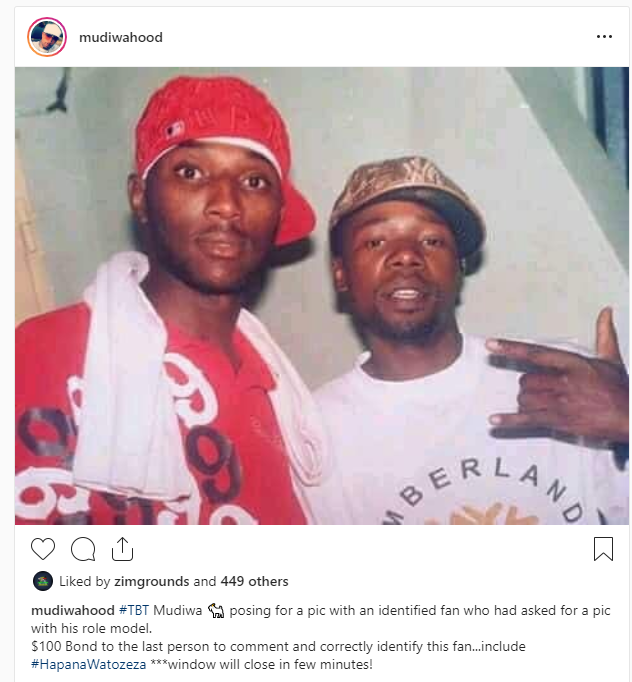 Mudiwa Stunner Beef 2017:
Zim hip-hop star Stunner has renewed his feud with fellow rapper Mudiwa Hood who landed four gongs at the Zim Hip-Hop Awards 2017 held in Bulawayo last weekend Mudiwa walked away with the Best Hip-Hop Hustle, Video of the year, Best Gospel artiste and Best Dressed on the night Awards.The four-award haul, however, did not impress Stunner who took home just a single gong — the Best Male Award.

Despite taking the most awards this year, the Ndaita Mbiri singer believes Mudiwa’s songs fall short of real hip-hop because they lack “rhymes and bars.”Stunner added that he was relieved that all the awards Mudiwa won were fringe ones.
“But check it out, you all shouldn’t be mad. He (Mudiwa) got Best Video, Best Hustle, Best Dressed and Best Gospel. You don’t need bars on any of those,” he wrote on Twitter.

The controversial artiste further claimed that standards in Zim hip-hop have deteriorated so much that artistes from other music genres can now also claim to be rappers.

“Yes we agree there; even Trevor Dongo can wake up saying I am hip-hop and we can’t fight it,” Stunner tweeted.

In another sly dig at Mudiwa, Stunner tweeted that the main awards at Zim Hip-Hop Awards 2017 were won by deserving people.

Mudiwa was not the only one who got the short end of Stunner’s stick. He also attacked DJs for lacking originality.

“Zim DJs, did you know that you have the freedom to start your own playlist? You don’t have to play what the other DJs is playing, amazing hanti?”

When the Daily News contacted him for a comment, Mudiwa said he has responded to Stunner and other haters in a song.

“I have released the track today titled Tati Tivatipe. It is a response to all haters. I am bigger than these artistes so I can’t address them individually anymore,” said Mudiwa.

The Ndaita Mari hit-maker said the diss song emphasises his credentials as the “only rapper whose face inobhadhariswa tax/Hatisi kutaura zvemakombi, we talking of Value added Tax

Recent Beef
Stunner has challenged Mudiwa Hood to end thier beef by making 1 song each representing who they are and where they come from. Mudiwa Has been making fun of Stunners roots which is Glen Norah. Stunner has responded by saying he is not ashamed or ambarrassed  that he is from Glen Norah he is actually proud of it. To end this beef Stunner posted on his Facebook that he and Mudiwa should write one song each and the public should decide who wins by producing the best song
Mudiwa Hood posted on his Instagram and was winning this beef by a mile but Stunner had bounced back and is firing back his responses with HipHop King Ti Gonzi on his side. Zimbabwe is now waiting to see if Mudiwa Hood will accept Stunners latest challenge

Stunner and Mudiwa Beef goes way back when they both made songs to a similar beat created by Craig-Bone you can read how it went down below.

Performers Stunner and Mudiwa Hood are set to discharge comparable melodies affability of working with a similar maker. The beat, which is being created by Craig-Bone – genuine name Zvikomborero Tsiga – is as of now in the two camps with the two artists affirming the improvement. The two artistes are likewise sharing a tune title. 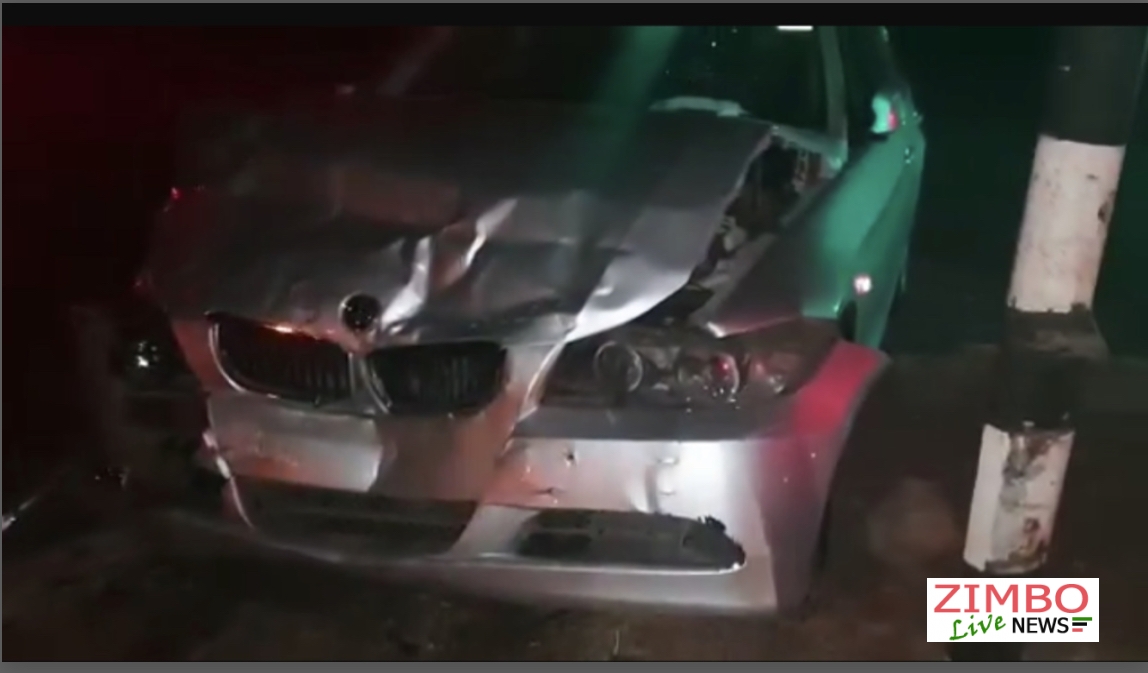 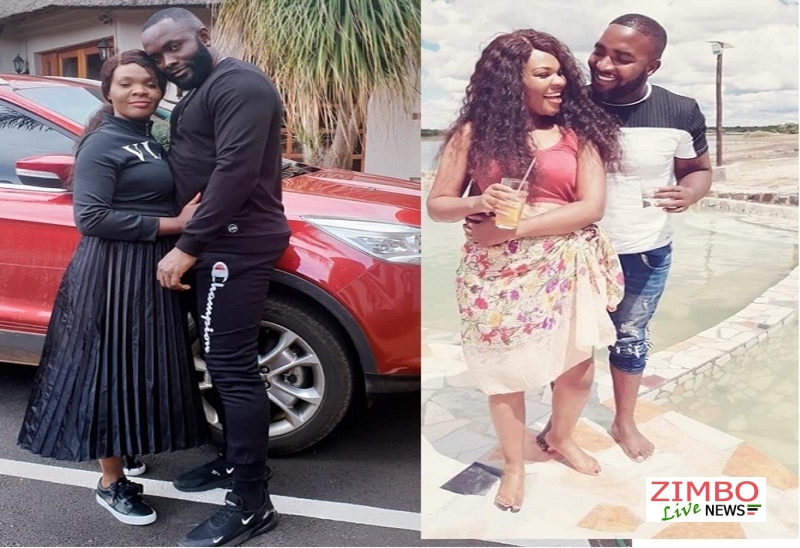 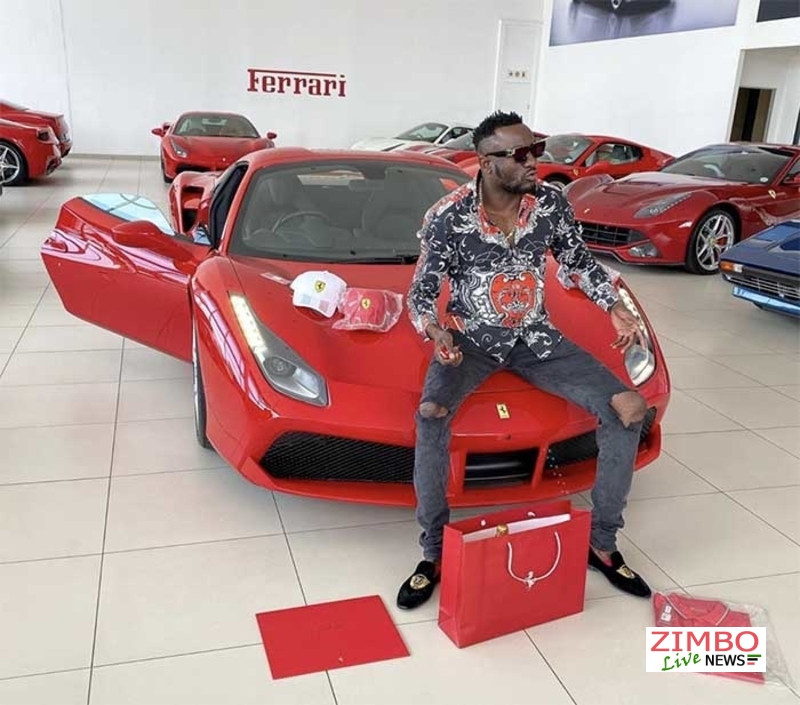 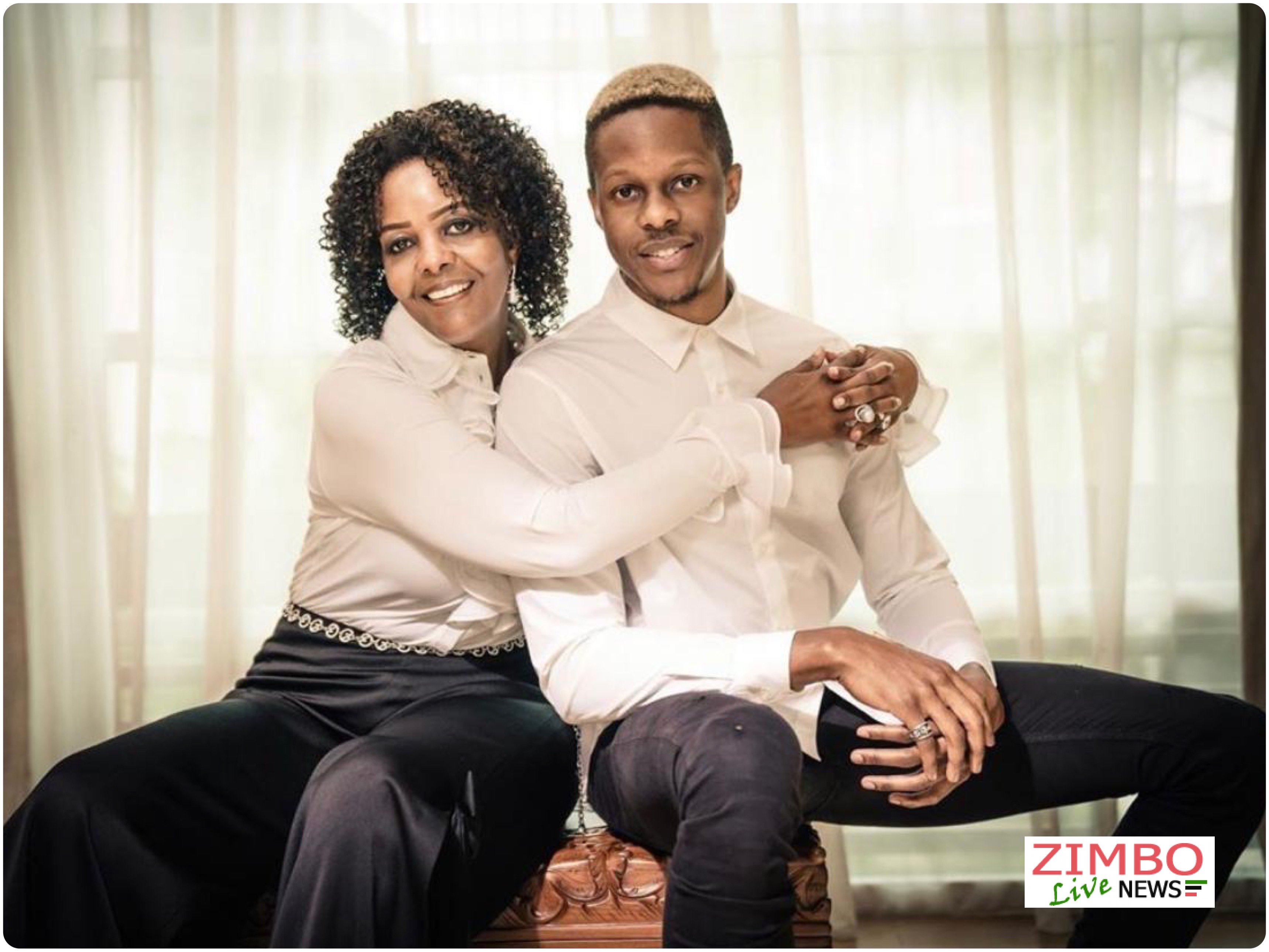 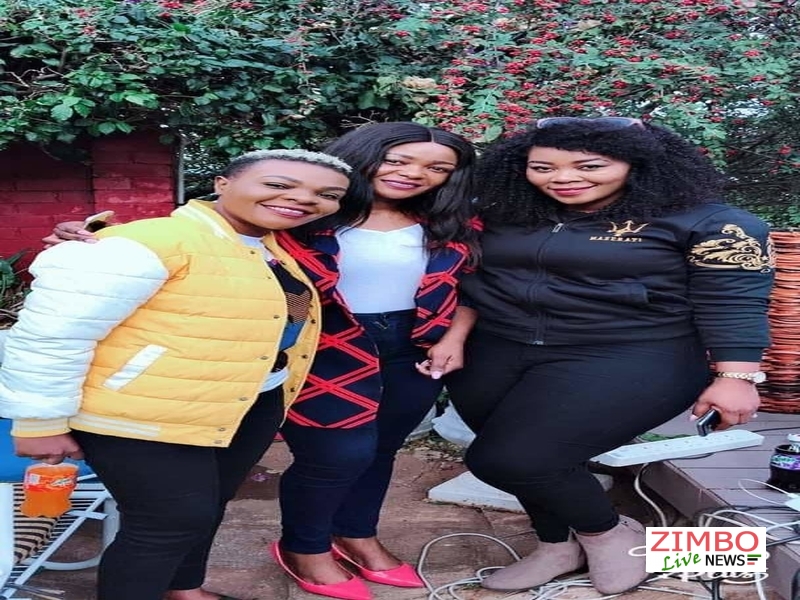 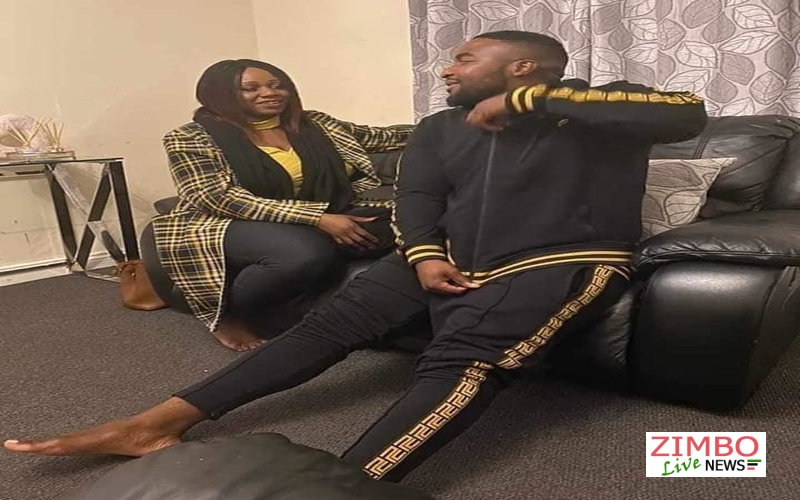