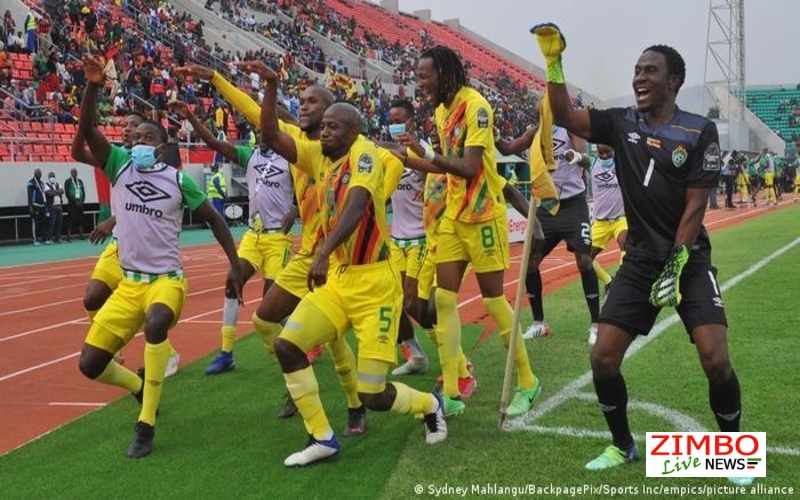 World Football body FIFA has suspended Zimbabwe football teams from all international tournaments and activities with immediate effect. The ban was imposed due to government interference, through the Sports and Recreation Commission (SRC), in running the local game.

According to FIFA, the ban will only be lifted after the state-appointed Sports and Recreation Commission has lifted its suspension of the Zifa board and reinstated the Felton Kamambo-led administration. FIFA also said that the SRC must also drop all charges against Kamambo and members of his board.
Below is the full communique from FIFA announcing that it has suspended Zimbabwe which iHarare is publishing in full.

We would like to inform you that the situation of the ZIFA was submitted to the FIFA Council for consideration and decision on 24 February 2022.

Accordingly, the FIFA Council was informed of the course of events which may be summarised as follows:

On 14 August 2019, the Sports and Recreation Commission (SRC) wrote to FIFA requesting the appointment of a normalisation committee for the Zimbabwe Football Association (ZIFA). In reply, FIFA stated that the conditions for doing so had not been fulfilled and referred the SRC to article 14 paragraph 1 i) and article 19 paragraph 1 of the FIFA Statutes on undue third-party interference. Nevertheless, FIFA highlighted that it remained at the authorities’ disposal to discuss joint efforts.
On 26 November 2020, the ZIFA General Secretary was suspended from football administration by the SRC. As a result, on 30 November 2020, FIFA highlighted the formal and substantial irregularities of that decision and reminded the SRC of the contents of article 14 paragraph 1 3 and article 19 paragraph 1 of the FIFA Statutes. Eventually, on 3 December 2020, the ZIFA General Secretary appealed the SRC suspension before the Administrative Court of Zimbabwe.
On 16 November 2021, the SRC suspended the ZIFA Board, allegedly in view of “several incidences of gross incompetence … contrary to the national interest” as per the law. On 1 December 2021, the ZIFA Board appealed that decision before the Administrative Court of Zimbabwe.
Thereafter, FIFA and the SRC discussed the matter on a couple of occasions by phone and videoconference call to work together on finding a swift and positive solution. In particular, it was initially agreed with the SRC during the aforementioned discussions that a draft roadmap for 2022 would be shared with ZIFA for implementation, with close monitoring by FIFA. As a matter of fact, a Zoom meeting involving the ZIFA President and the SRC Chairperson was supposed to take place on 14 December 2021 in order to finalise that roadmap. In return, the SRC was to lift the suspension of the ZIFA Board. Eventually, the SRC Chairperson declined to participate in that meeting. Instead, on 17 December 2021, the SRC informed FIFA that it had appointed a “restructuring committee” composed of nine members, whose mandate would end by no later than 31 December 2022.
On 21 December 2021, FIFA sent a letter to ZIFA to once more remind all parties of the contents of article 14 paragraph 1 and article 19 paragraph 1 of the FIFA Statutes. In addition, FIFA highlighted that if the SRC’s decisions to suspend the ZIFA Board and appoint the restructuring committee in its place were not reversed by 3 January 2022, FIFA would have to submit the matter to the Bureau of the FIFA Council for consideration and decision.
On 1 January 2022, ZIFA informed FIFA that its delegation to the AFCON was being managed by the SRC. ZIFA further stated that an acting General Secretary had been appointed by the SRC.
On 3 January 2022, the SRC stated that if discussions were to resume between FIFA and the SRC, the aforementioned roadmap would have to be reviewed and could only be implemented by the restructuring committee.
On 4 and 27 January 2022, ZIFA confirmed that the SRC had not reinstated the ZIFA Board and that no communication whatsoever to that effect had been received from the SRC.
On 4 February 2022, the ZIFA President was barred from travelling to Cameroon for the AFCON final, “(at thej insistence of the SRC and (as] a continuation of their interference”.
On 14 February 2022, the ZIFA President, three other ZIFA Board members and the General Secretary were summoned to court by the SRC and accused of misuse of the football body’s letterheads during their suspension.Eventually, the court granted bail and ordered them to report to the police station once a week, surrender their passports and refrain from visiting the ZIFA headquarters or purporting to act as ZIFA officials until the matter had been resolved. The court also set the next hearing for 31 March 2022.
The FIFA Council considered that the aforementioned circumstances were serious and constituted a clear case of undue interference by a third party. Therefore, on the basis of article 14 paragraphs 1 i) and 3 of the FIFA Statutes – as well as article 16 paragraph 1, under which the FIFA Council may, without a vote of the Congress, temporarily suspend with immediate effect a member association that seriously violates its obligations – the FIFA Council decided to suspend ZIFA with immediate effect due to flagrant violations of the FIFA Statutes. Furthermore, and without prejudice to the ongoing investigations into the allegations of sexual harassment and bribery, the FIFA Council decided that the lifting of the suspension be subject to the following conditions:

Consequently, and in accordance with article 13 of the FIFA Statutes, ZIFA loses all its membership rights as of 24 February 2022 until further notice. ZIFA representative and club teams are therefore no longer entitled to take part in international competitions until the suspension is lifted. This also means that neither the ZIFA nor any of its members or officials may benefit from any development programmes, courses or training from FIFA and/or CAF.

Finally, notwithstanding this suspension imposed on ZIFA and in line with FIFA zero-tolerance policy towards corruption, sexual abuse and any other unethical conduct, FIFA reiterates its commitment to cooperating with any ongoing investigations regarding alleged sexual harassment and bribery by ZIFA officials. FIFA will therefore remain at the disposal of the national authorities and plaintiffs with respect to the above during the suspension period. 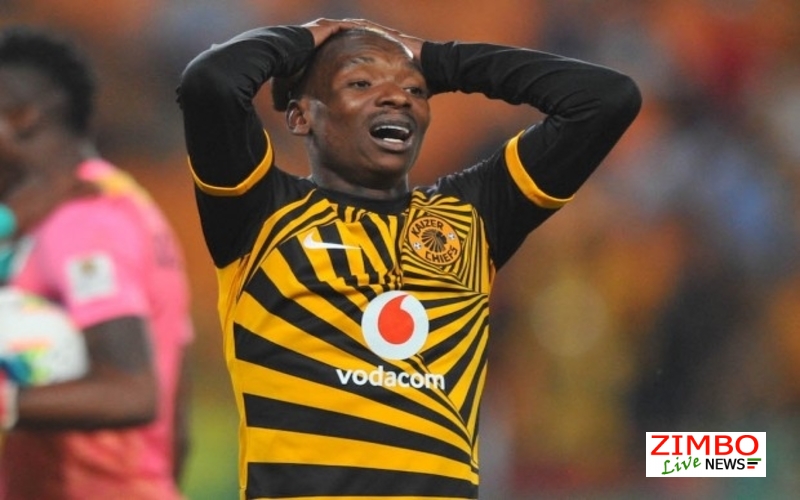 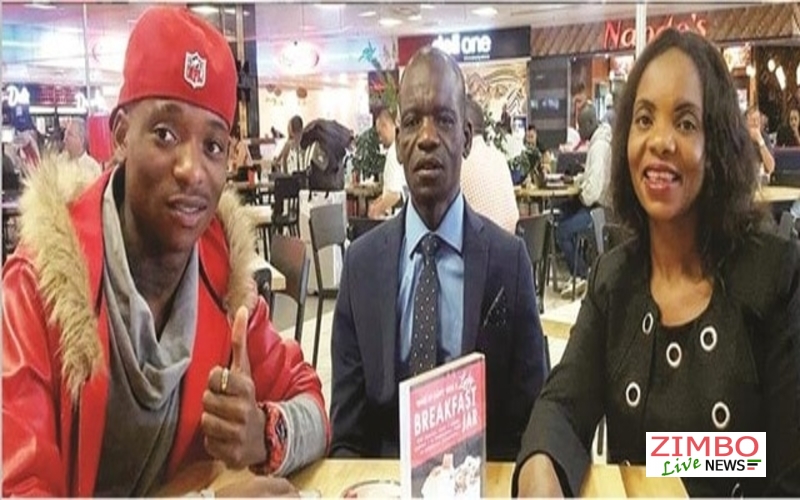 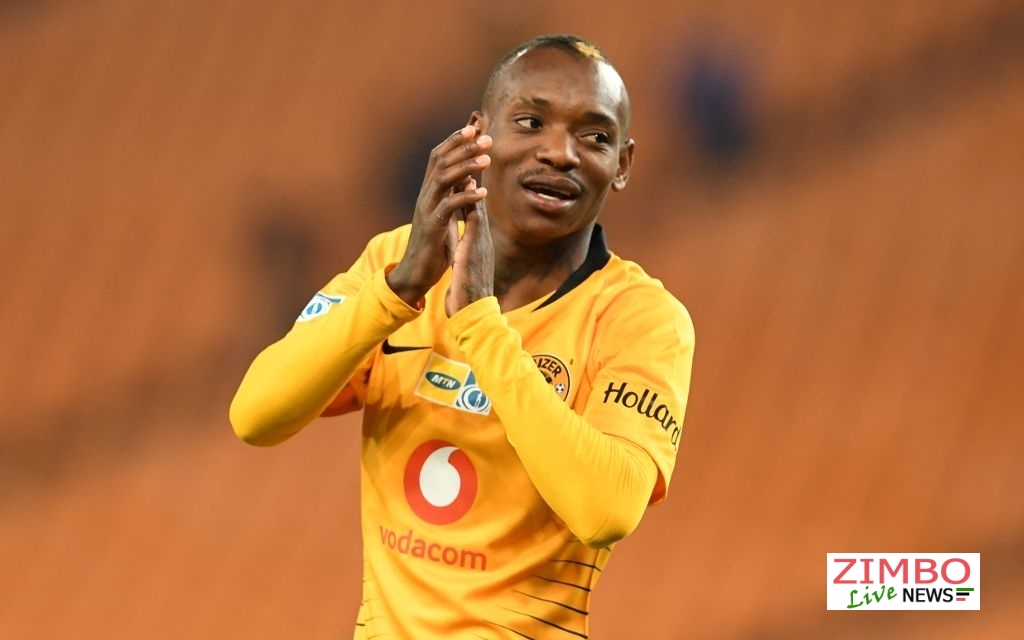