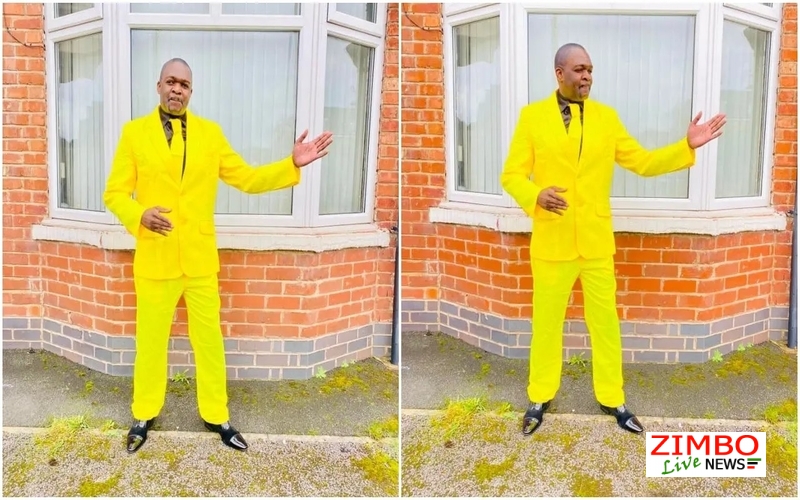 Moira Knight’s father, Eric Knight has been expelled from Zanu PF UK after he showed allegiance to Nelson Chamisa led-party Citizens Coalition for Change. Eric Knight was well known as a presenter on Ezomgido. His expulsion from the ruling party comes after he posted pictures of himself whilst wearing a yellow suit on Facebook. Captioning the post, he wrote; Advocate General Eric Knight says…I stand in solidarity with Zimbabwe’s citizens. This is the right direction! It’s about citizens. It’s about change. It’s about the country. The citizen is you. Sunday 20 February 2023 I will be there at the Zimbabwe Grounds in Highfield. But above all, Register To Vote. Simuka Zimbabwe Simuka! Phakama Zimbabwe Phakama! God Bless Zimbabwe 🇿🇼! 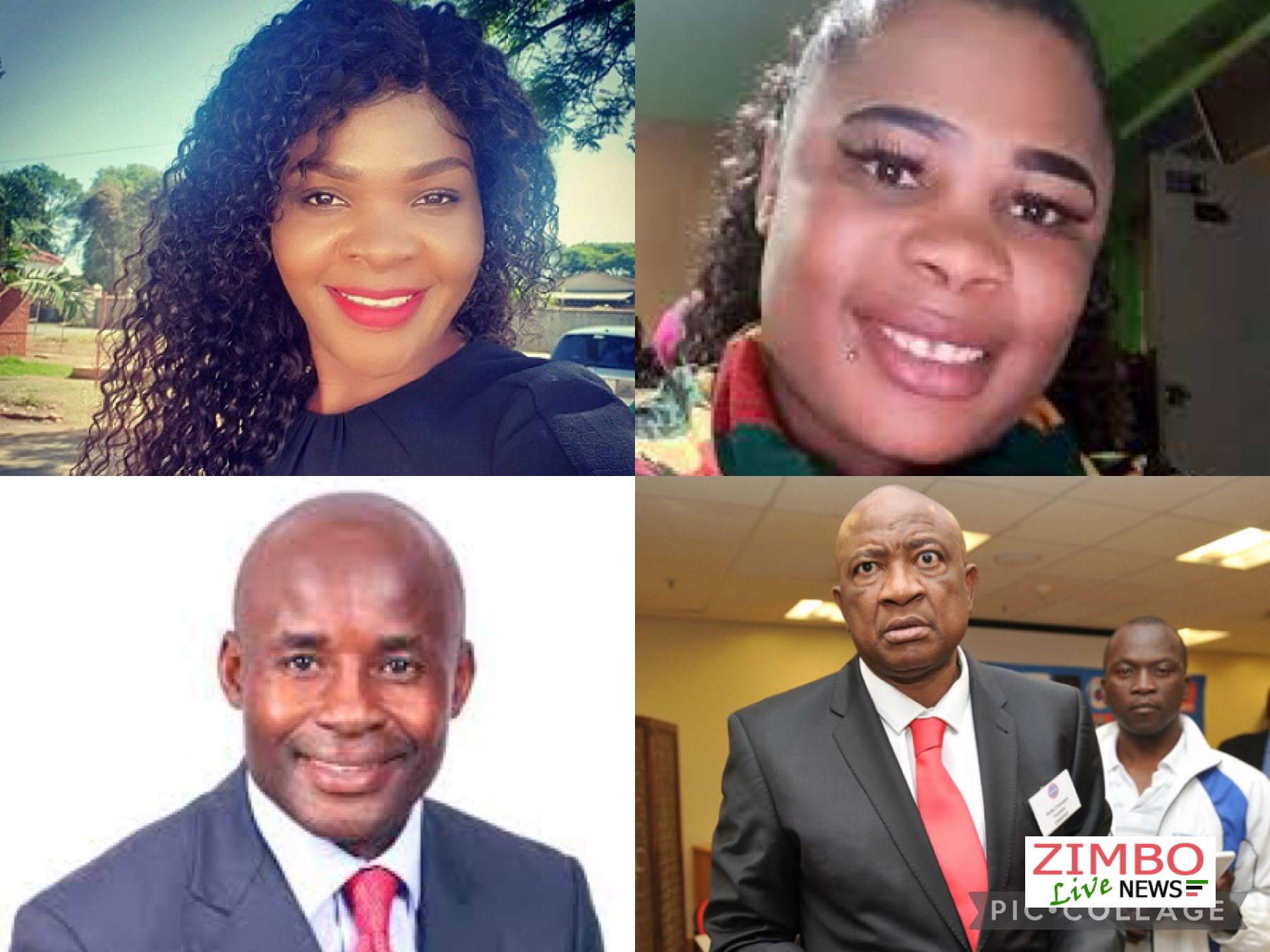 If Evidence Chihera Gets Arrested For Bullying Mai TT - Temba Mliswa Should  Also  Be Arrested for  Bullying Phillip Chiyangwa. If there is justice in Zimbabwe it should apply to every citizen and  not just a few. Mai TT is best friends with Monica Mutsvangwa  a cabinet Minister in the Govenment and should not take advantage of this and punish people she does not agree with. Evidence Chihera is not rich nor influencial and Mai TT felt she could make her an example , but the citizens of Zimbabwe have sent her a strong message, we will not tolerate abuse of power. We have Temba Mliswa  a powerful member of parliament who has accused a Millionaire businessman Phillip Chiyangwa of all source of crimes and going as far as accusing him of  spreading 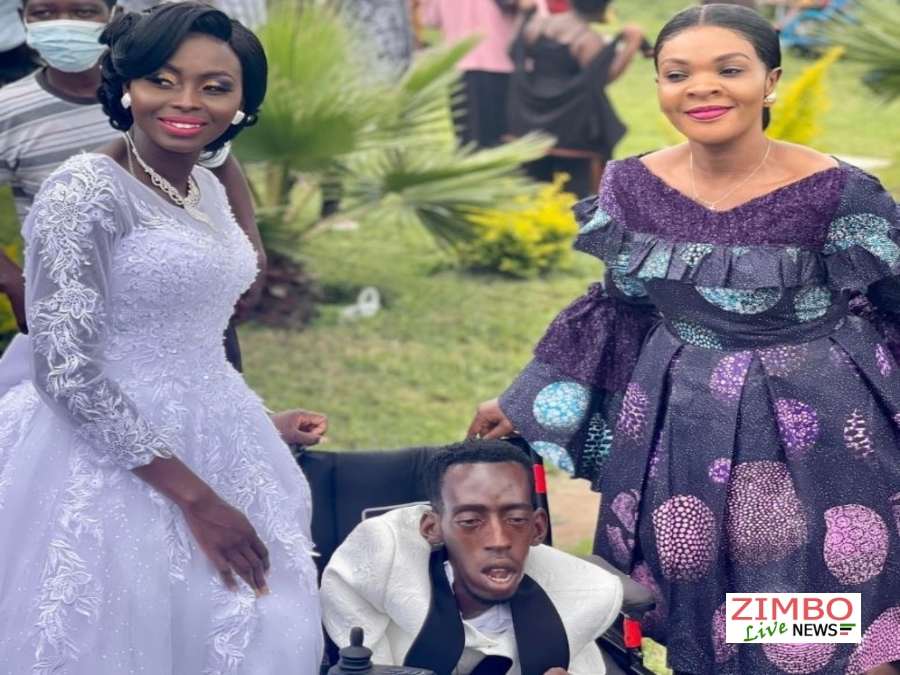 Zimbabwean celebrities and socialites have been victims fake zvipo at weddings and events for years.These fake zvipo at events have come to light  after Musician Greatman reported to the Sunday Mail that he believed his gifts at his wedding were stolen by the wedding event planner TEO Events.  TEO Events responded to these allegations saying all the presens and gifts that were pledged were recorded and everyone who pledged must come out and confess kuti vakabhadhara zvipo here. Celebrities like Mai TT pledged $1000 USD to Greatman but i seems she had not paid. Amai TT also had a wedding and many celebried pledged from $1000 to $10000 US Dollars but it appears a majority of this money was never paid. Madam Boss is also a victinm of zvipo zvekunyepa.After she won her 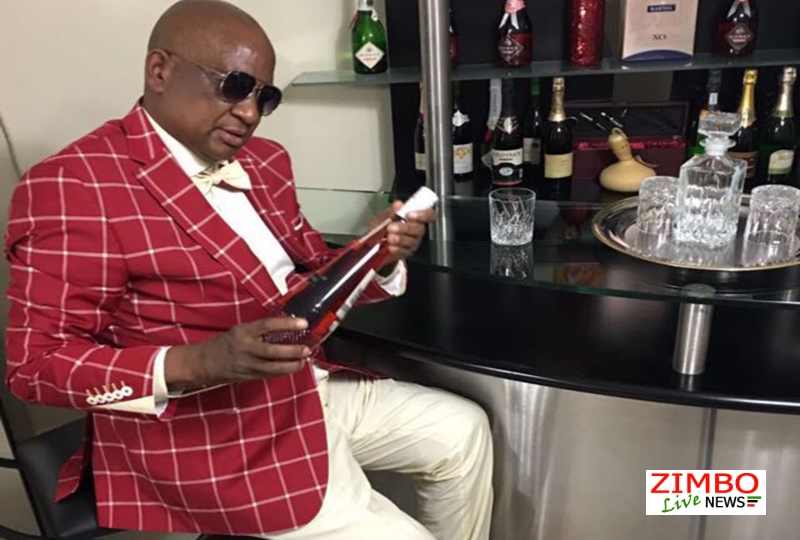 Chiyangwa Kids Kicked Out Of School As He Fails To Pay Fees Businessman Phillip Chiyangwa, who likes flaunting his wealth, is failing to pay school fees for his two children sired with former wife Pamela Rusere. Rusere has since dragged the property mogul, recently trashed by loudmouth Norton legislator Temba Mliswa as a broke, to court for failing to pay maintenance and school fees for the kids. The couple’s children have, according to court papers, been barred from entering school premises in South Africa over fees arrears. In her application for correction and variation of the maintenance order under case number HC7099, Rusere said Chiyangwa had ignored messages informing him that the children’s fees were due after schools in the neighbouring country opened on Janu 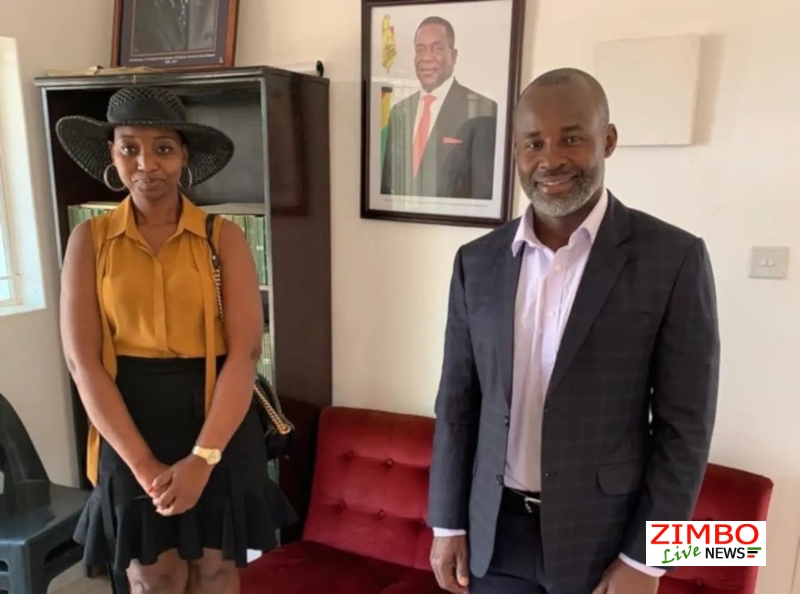 Temba Mliswa Says Ndairara With Baby Mama Susan Mutami To Get Makuhwa I Only Slept With Her To Get Information: Temba Mliswa In Stunning Confession About Baby Mama Susan Mutami. Firebrand Norton legislator Temba Mliswa has sensationally claimed that he only slept with his baby mama, Susan Vivian Mutami, because he wanted to get information from her. Mliswa is currently embroiled in a nasty child paternity dispute with Mutami, who is based in Australia, over the couple’s twins. The MP publicly claimed that he only showed interest in Mutami because he wanted information from her. He argued that people tend to give you information if you are nice to them. Mutami, on the other hand, has been making a series of sensational allegations on social media as well. She has claimed that 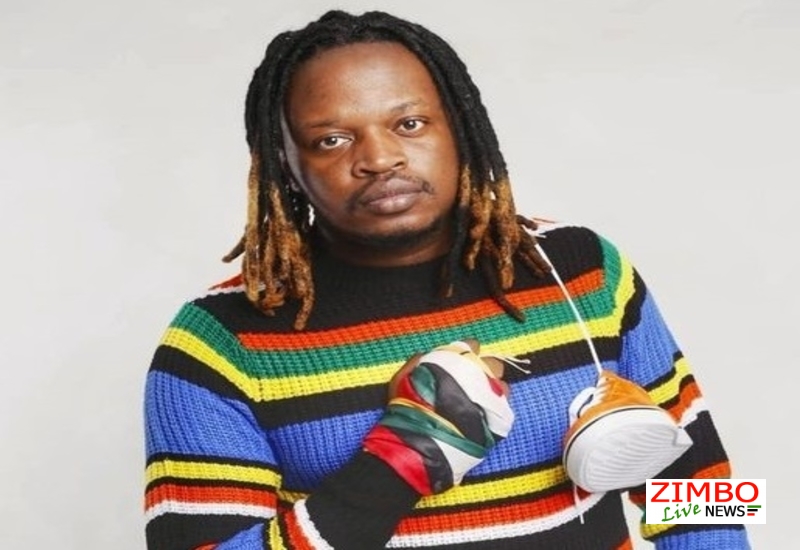 My name is Tawanda Mumanyi, I am Zimbabwean. Before anyone can place or associate me with a tribe, neighbourhood, football team or anything else that makes us choose sides or relate with a preferred choice today. I simply come as a Zimbabwean and my concern is mainly for the possible millions of Zimbabwean youths and even adults who never have a fair chance to ask questions they need answers for without prejudice or fear. A lot of youths would like to engange in political discussions but our history in Africa as a whole is marred with violence. when it comes to such issues and that is the reason we end up not seeing the reason in even participating in such issues. We as Zimbabweans are so full of Hatred and animosity towards our fellow countrymen and it is mainly because we want 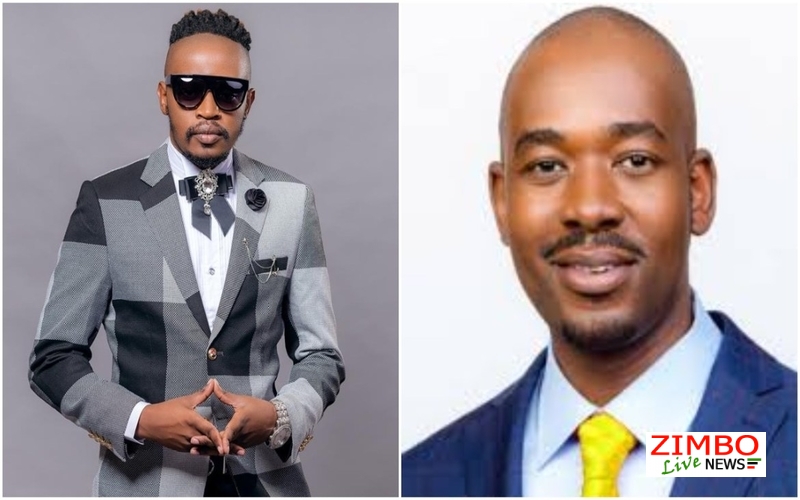 Seh Calaz In Social Media Storm After Nelson Chamisa Birthday Message  Zim Dancehall chanter, Tawanda Mumanyi, who is popularly known as Seh Calaz has set social media ablaze after posting a tweet wishing opposition leader Nelson Chamisa a happy birthday. Chamisa, who leads the newly-formed Citizens Coalition for Change (CCC party, recently celebrated his 44th birthday. aking to his social media page, the “Mabhanditi” hitmaker said: I would like to wish @nelsonchamjsa, Happy Birthday to the man with the task of securing a future for our generation and that of our children. May the Lord bless you with wisdom and patience and a long memory that will always remember how our generation suffered.#Shotreipapo. The post attracted mixed reactions as some advised Se 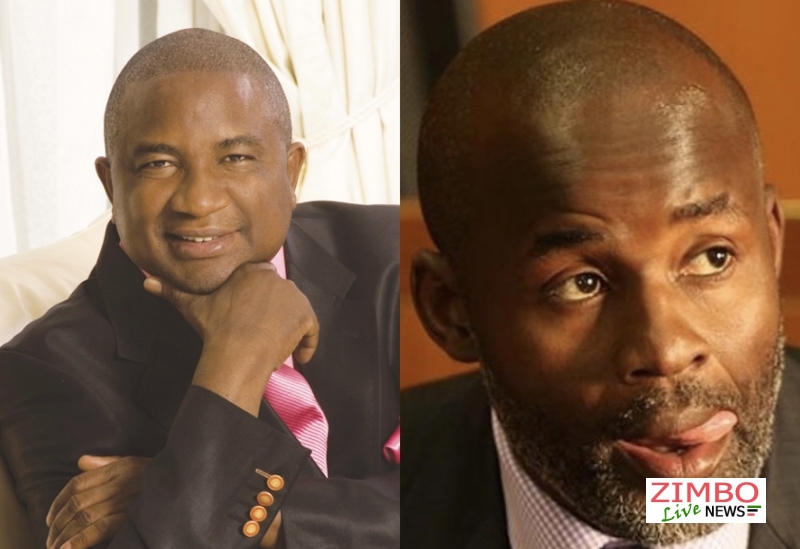 Dr Philip Chiyangwa Hits Back At Temba Mliswa I Don’t Respond To Lunatics Below My Level  Flamboyant businessman and Zanu PF politician, Philip Chiyangwa has refused to be drawn to a social media fight with Norton Member of Parliament Temba Mliswa who openly threatened to physically assault him. Commenting on the audio Philip Chiyangwa said “I don’t respond to people below my bar.” Mliswa and Chiyangwa’s relations soured during the ZANU PF provincial elections when Chiyangwa was accused of backing Mary Mliswa’s opponents. The feud between the two is viewed as a battle for the control of Mashonaland West province. They are both former provincial chairpersons in Mugabe’s home province. Sources close to Chiyangwa said Mliswa was in 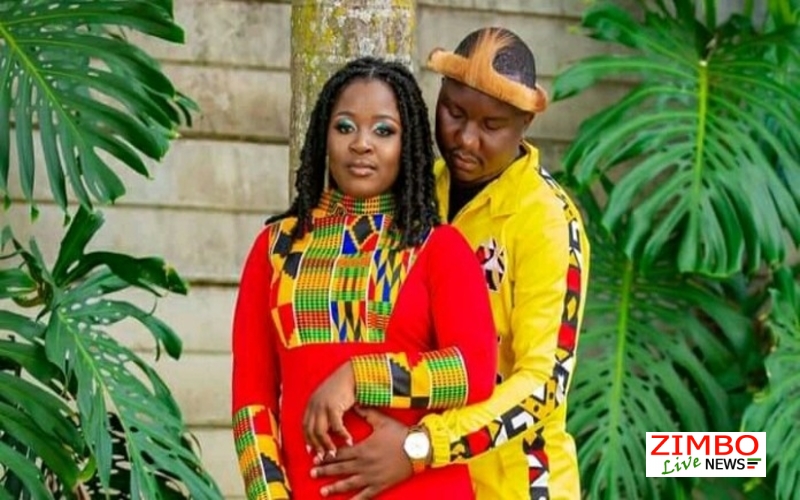 Popular radio presenter, Tafadzwa Shugeta has hinted that industry colleagues are responsible for his breakup with comedienne Anna Honde. This comes after his estranged girlfriend was captured with Lorraine Guyo poking fun at the breakup. In the post, Shugeta bemoaned this video mentioning that he is aware of how people in the footage celebrated the breakup they had always been pushing for. Read the full statement below: I’m scared and sad because I don’t think I will ever recover from this pain 😔.Mumwe wangu l feel lost, depressed,lonely ,ndine hasha newe and as I’m even writing this message to you misodzi yakajenga mumaziso though I promised myself this time handisikuzombofa ndakakuchemera futi but Kukuloser kwandaita kurikurwadza shaa coz I know I ha